THE USE OF HERMETIA ILLUCENS FOR SUSTAINABLE COCOA FARMING: COCOA POD HUSK BIOCONVERSION TO FEED SUPPLEMENT 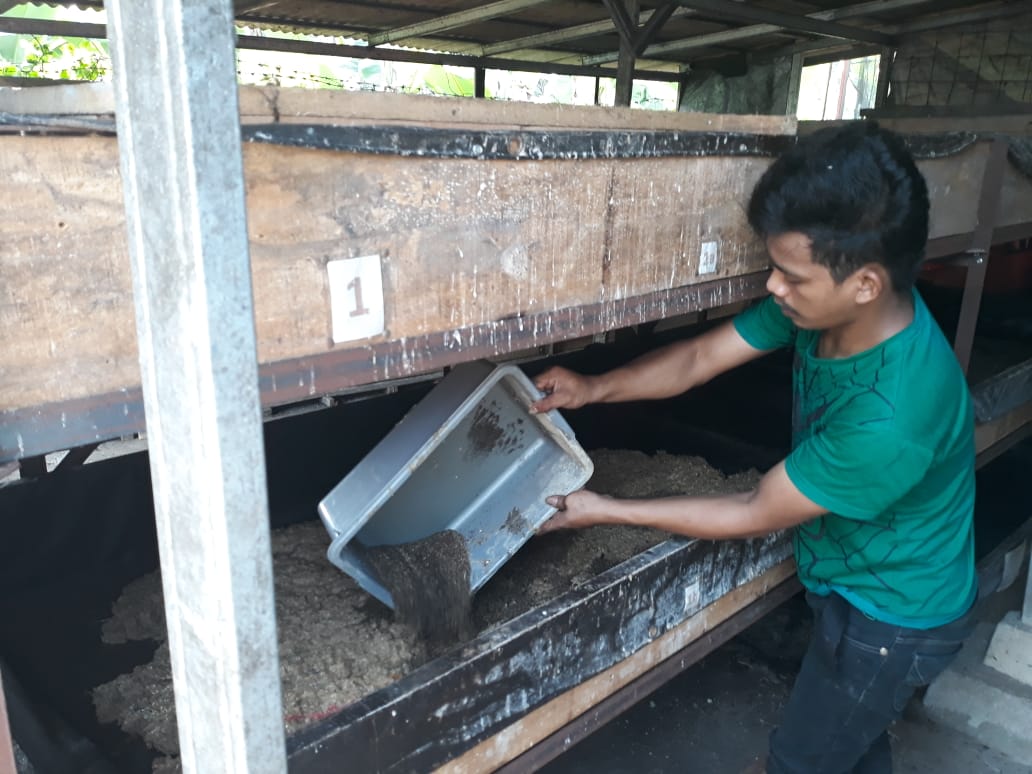 As Indonesia is being the third largest cocoa producer in the world, an abundant amount of cocoa pod husk (CPH) is being discarded as agricultural waste. Conventional use of CPH is by composting it or use it directly as a sheep feed. The latter did not contribute towards the increase of daily weight gain of sheep due to low nutrient content. To give higher value of CPH, black soldier fly (BSF) (Hermetia illucens) is used as a bioconversion agent to convert CPH into a biomass of protein. There is a need to study the treatments of CPH to be able to be consumed by BSF larvae which then the larvae will be consumed by sheep through mixing the larvae into rations. The objectives of this study are to get the best CPH treatment to be bioconverted by BSF larvae and to measure its proximate composition. Values from the proximate analysis will be used as a basis to formulate feed rations and then be given to sheep in various concentrations. Finally, the sheep performances were measured. Results showed that from six CPH treatments, BSF larvae fed with composted CPH preceded by administration of left-over food waste (LKS treatment) had the highest value of waste reduction index and second highest for relative growth rate and efficiency of conversion of ingested food. In terms of proximate analysis, BSF larvae fed with LKS treatment had higher crude protein and lower crude fat content compared to that of control so that it may replace soybean meal and increase digestibility, respectively. Five ration treatments (R1-R5) using various concentration of BSF larvae fed with LKS treatment were allocated to be given to 20 sheep. Randomized complete block design is used in this experiment with four replicates for each treatment. Values of average daily consumption, feed conversion ratio, % dry matter, and average weight gain of R2 over a month had no significant difference with control ration. R2 is the ration where BSF replaced 100% soybean meal. Therefore, BSF larvae could be a substitute of soybean meal as a protein source in feed. However, longer observation periods (up to 3 months) are needed to make a valid statement along with the measurement of rumen fermentation characteristics.

THE USE OF HERMETIA ILLUCENS FOR SUSTAINABLE COCOA FARMING: COCOA POD HUSK BIOCONVERSION TO FEED SUPPLEMENT.pdf