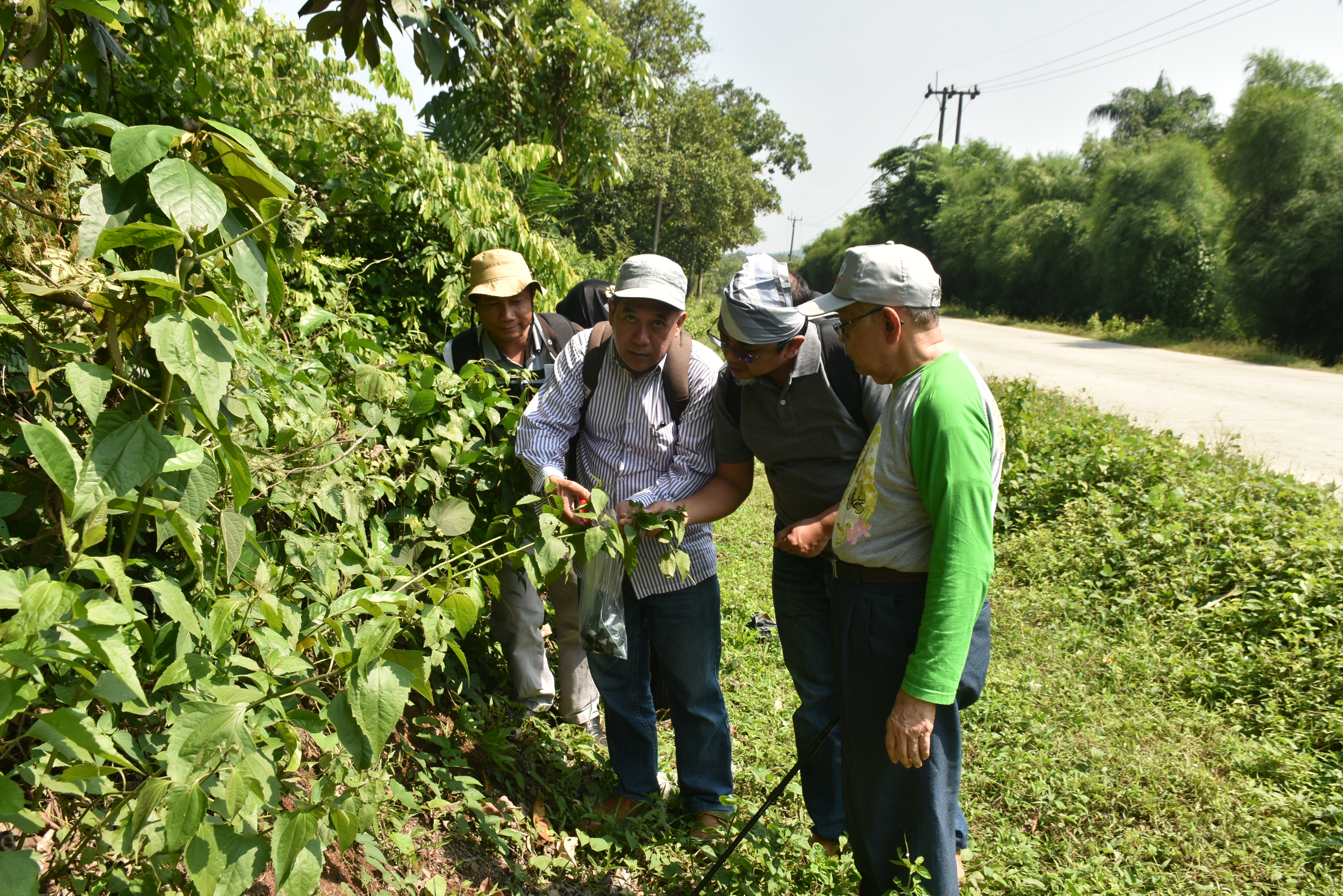 Chromolaena odorata is distributed naturally in North, Central and South America. It spreads and invades the world. CABI formed a working group on the biological control of C. odorata and organised its first International Workshop on the biological control of C.odorta held in Thailand in 1988. The second workshop was organised at BIOTROP in 1991. Since then the workshop developed into the biological control and mangement of C.odorata. After several international workshop, at 8th internatonal workshop it developed into the biological control and management of C. odorata and Eupatoriae. Currently at the 9th international workshop it is developed further into Biological Control and Management of Eupatoriae and other invasive Weeds. A packet of avtivities including laboratory research, field observation and internships were carried out in 2018 to establish a networking on the biological control of Chromolaena odorata using its natural enemy, Cecidochres connexa in Indonesia. A green house experiment was organized using factorial design with 3 factors, and randomized in block i.e. factor 1, number of C. odorata shoot with 3 levels, 5, 10, and 15 shoot, factor 2, number of  C. connexa imago released at 3 levels, 0, 1 and 2, and factor 3, repeatation of releases, at 3 levels, 2, 4, and 6 weeks repeatations. The increment number of shoot in 5 months in term of monthly relative increment rate the highest was 5 initial shoot giving r = 0.8058, while under initial 15 shoot was only 0.6053, the rate of increment seemed to affected by the available nutrient from the growth media in the pot. These relative rate of shoot increment was much higher than that of rate of increment of imago of Cecidochares connexa. It is easy to see in the field that the occurance of galls was much lower than the number of shoot. The release of imago reduced the emergence of new shoot, while repeatation of release at 2 weeks interval incrased the number of galls more than 4 or 6 weeks interval. C. connexa was released in 1995 on Acacia mangium forest invaded heavily by C. odorata. The forest was logged and replanted in 2013. Line transect sampling revealed a low population of C. odorata attacked by C. connexa. This condition may represent the balance of populations of C. odorata and C. connexa. BIOTROP is developing  rearing  and releasing centres in Indonesia to speed up the distribution of C. connexa to control C. odorata. These activities will be submitted to the 9th International Workshop in Malaysia next year.