STUDY ON ESTABLISHMENT OF NEW ECOSYSTEM AND ITS RELATION WITH THEIR FEEDING ECOLOGY: AN ATTEMPT OF SEA RANCHING FOR Holothuria atra 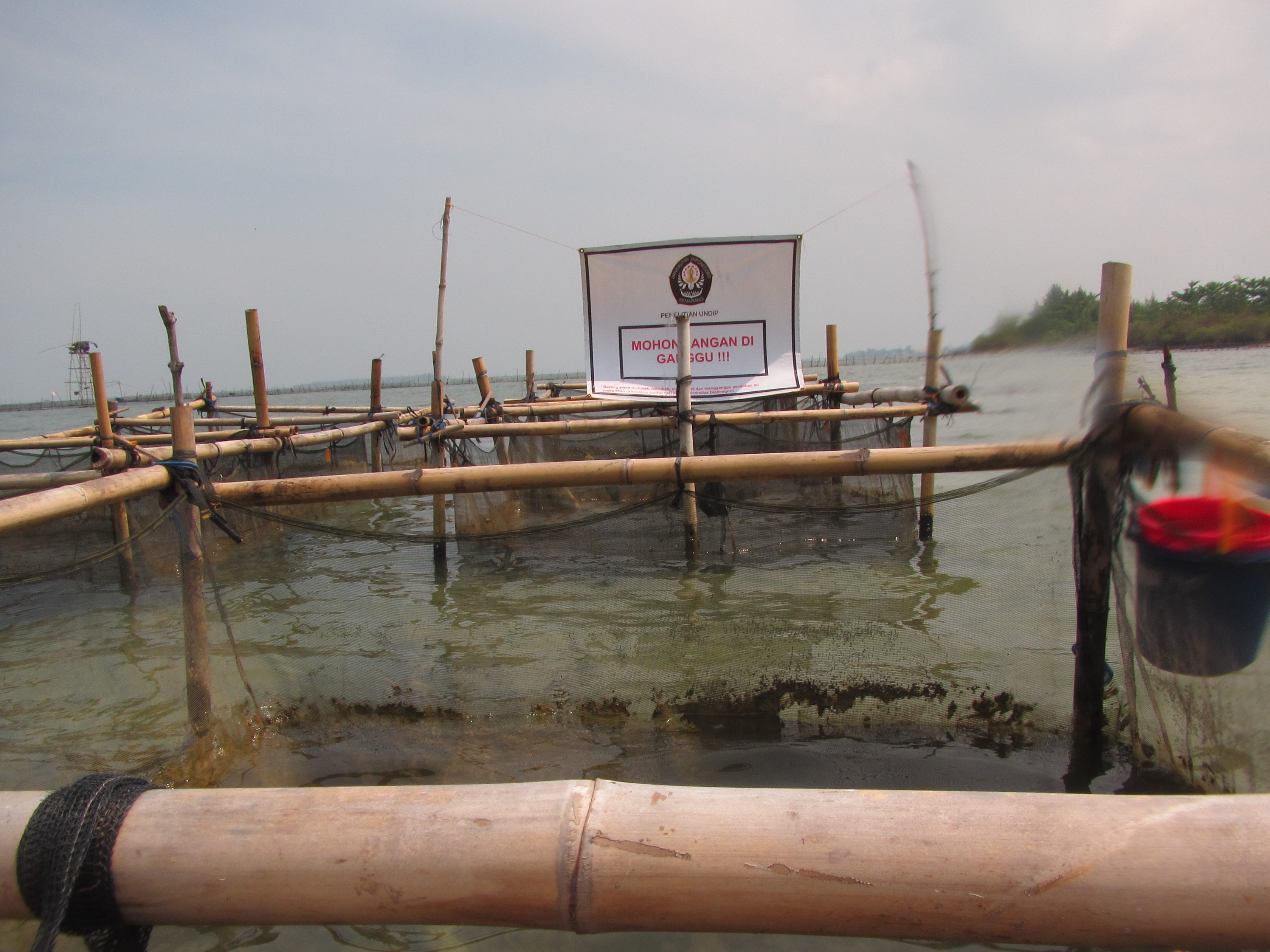 One group of marine invertebrates that are mostly captured is sea cucumbers. Strong market demand
and uncontrolled exploitation and / or inadequate fisheries management have caused many stocks of sea
cucumbers in more capture conditions. One suggested effort to overcome this problem is sea ranching. But there
are no publications about sea ranching sea cucumbers in Indonesia. Sea ranching for Holothuria atra is
investigated because this sea cucumber can be a source of protein for human food, bioactive molecules for
marine pharmaceuticals and cosmetics, ecologically very important role for bioturbation and remineralization
sediments. This study aims to determine the biological, physical, chemical characteristics and formation of the
sea ranching H. atra habitat, its growth and survival rate and determine the best stocking density for sea
ranching sea cucumber H. atra.
H. atra is taken from Panjang Jepara Island waters and reared in the bottom cages in Teluk Awur
waters, Jepara with a density of 30, 20, 10 individuals per cages measuring of 2 x 2 x 1.8 meter3 with different
the stocking time i.e. stocked when the cage weres installed, the second and third month after the cages were
installed. Sediment and marine characteristics of sea cucumber habitat in cages were measured during the study.
The results showed that growth determined based on weight gain of sea cucumber H. atra at the end
of the study were fluctuated, where a low stocking density gave higher weight gain than a high stocking density.
The highest weight gain was obtained in the density of 10 individuals / cages in the second stocking. The lowest
weight gain on the stoking density of 30 individuals / cages at the first stocking. The highest survival rate of H.
atra at the end of the study was reared in 30 indv./ cages stocking densities, which was 93% in the 3rd stocking,
which means that sea cucumbers were only reared for 3 months. The highest mortality occurred at a density of
20 indv. / cages so that the survival rate is low (45%) in the 1st stocked, or in the 5th month of rearing. Fission
that occurs affects H. atra growth and survival rate. Among the water quality parameters, the concentration of
chlorophyll a, b, c, phaephytin and carotene fluctuate according to the time of sea cucumber rearing caused by
feeding and bioturbation by sea cucumbers.

STUDY ON ESTABLISHMENT OF NEW ECOSYSTEM AND ITS RELATION WITH THEIR FEEDING ECOLOGY: AN ATTEMPT OF SEA RANCHING FOR Holothuria atra.pdf

This work is licensed under a Creative Commons Attribution-NonCommercial-NoDerivatives 4.0 International License.